This week, the embassy’s amazing community liaison officer (CLO) organized a lunch-time walking visit to a small organic farm in the middle of the city. (Seriously we have the best CLO.) I should also mention that I got a job! And the farm was only a few blocks from my office, so the trip made for a nice lunch break. (Side note: the job is with the World Food Program, and it’s a temporary consulting gig. It’s interesting work and it’s nice to be doing something different.)

The farm is small but I was told we have to come back after the rains have started up again, and it’ll be much bigger. It’s located behind a government building. The farm is mainly used as a teaching farm, teaching people about organic farming. They also sell the produce, which is primarily why we visited!

We bought lettuce, tomatoes, and string beans, all of which was picked for us and placed in a bag. I think we paid a total of $2. I made a delicious salad that night and Ben made a string bean cole slaw that was also delicious. It’s not difficult to find local lettuce, but it’s often….less than appealing. I think most of the market lettuce has to travel a ways before we get it. And since we have to wash everything with vinegar (or bleach, although I don’t usually wash stuff in bleach), lettuce buying and washing is cumbersome. But this lettuce was literally in the ground, and then in my hands, so while we did wash it, it was super fresh and tasty.

The farm also grows lemongrass (wasn’t ready for harvesting), bananas, onions, okra, spinach, sweet potato (it’s a different variety than you get in the US, it’s similar to a Japanese sweet potato with white flesh), and some other veggies that I have since forgotten. Here are some photos!

It was a cloudy day. 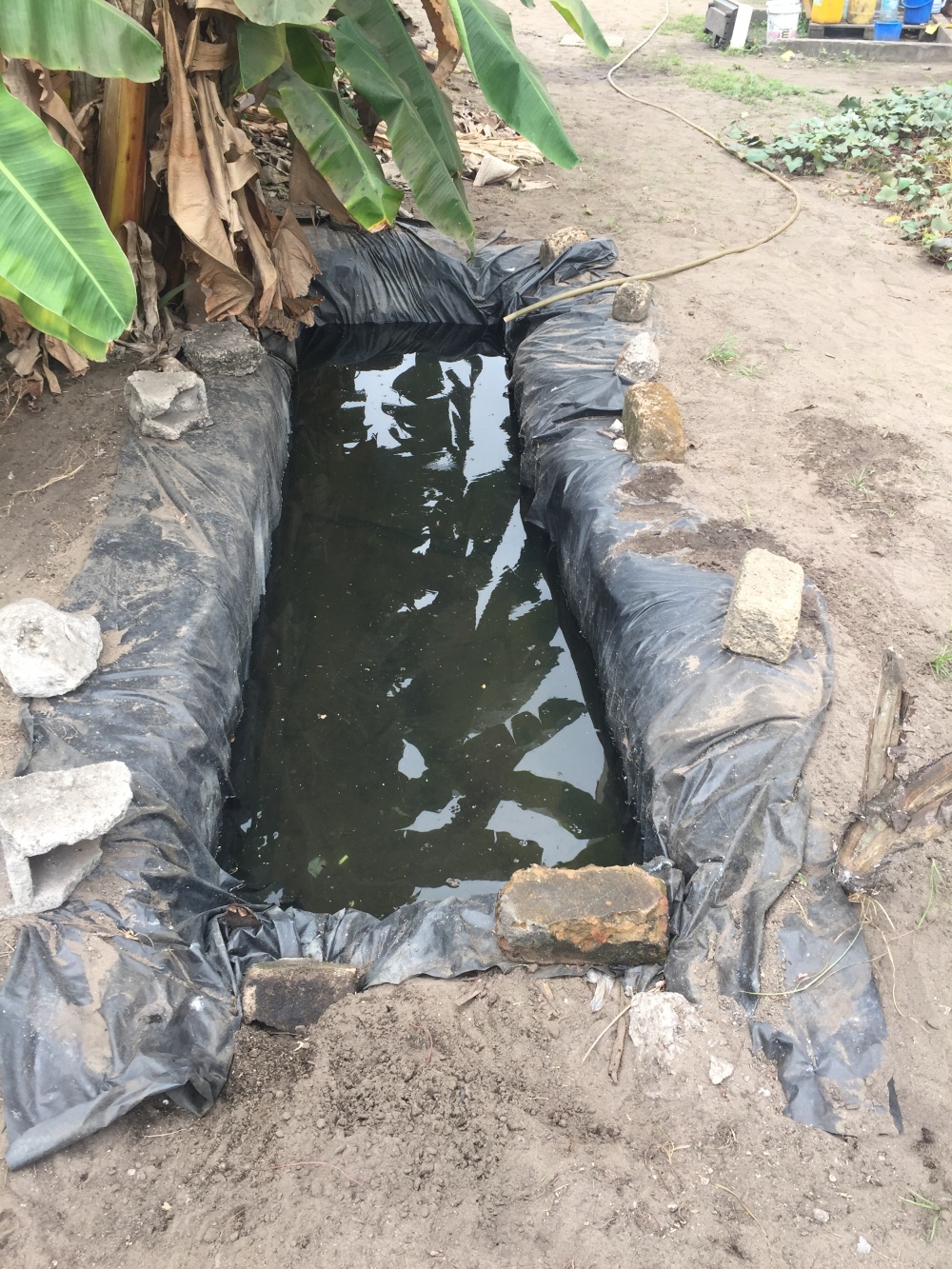 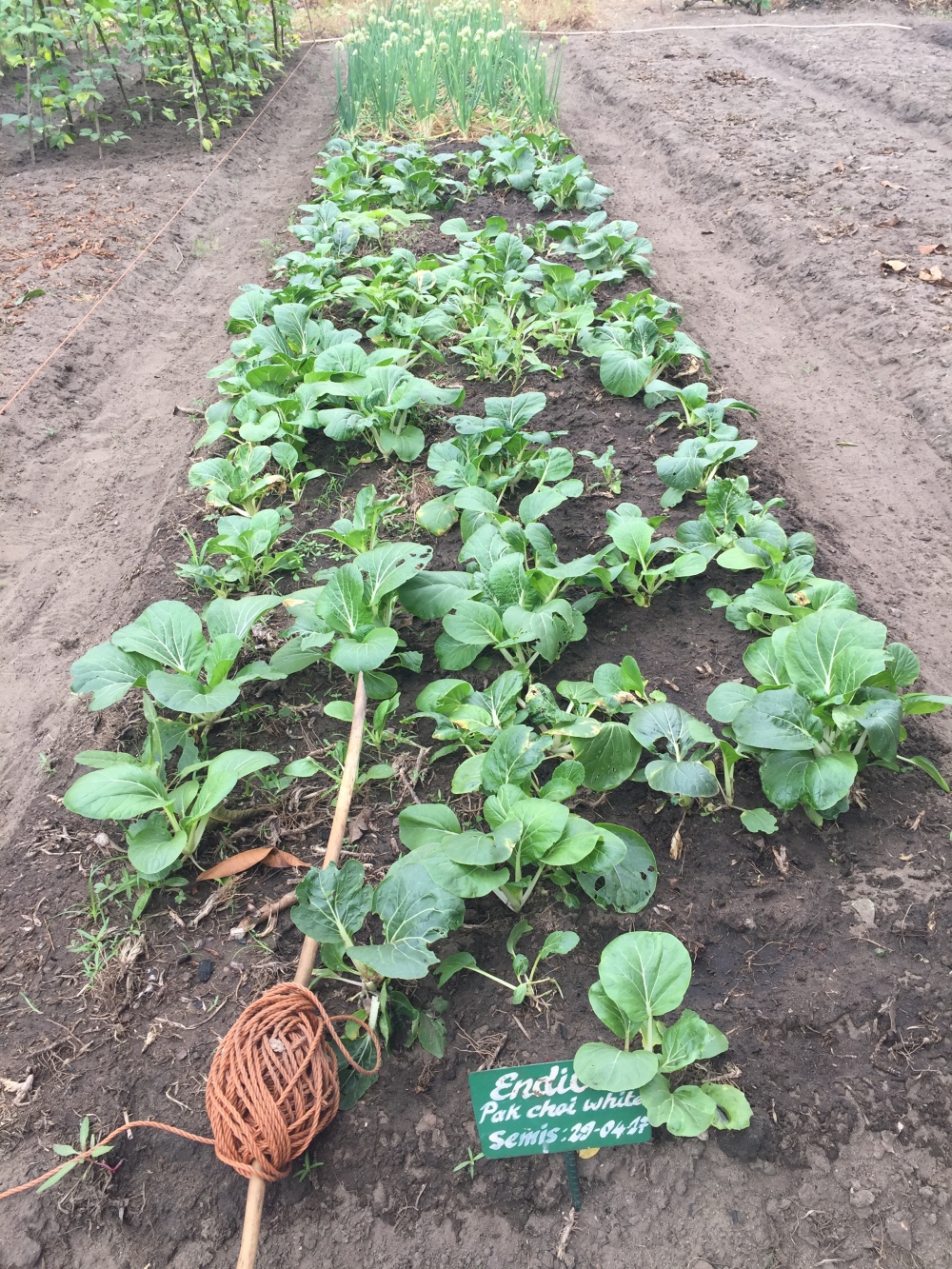 Lots of tomatoes, I think a few different varieties

This is what they called spinach, but I’m not sure exactly what it was. 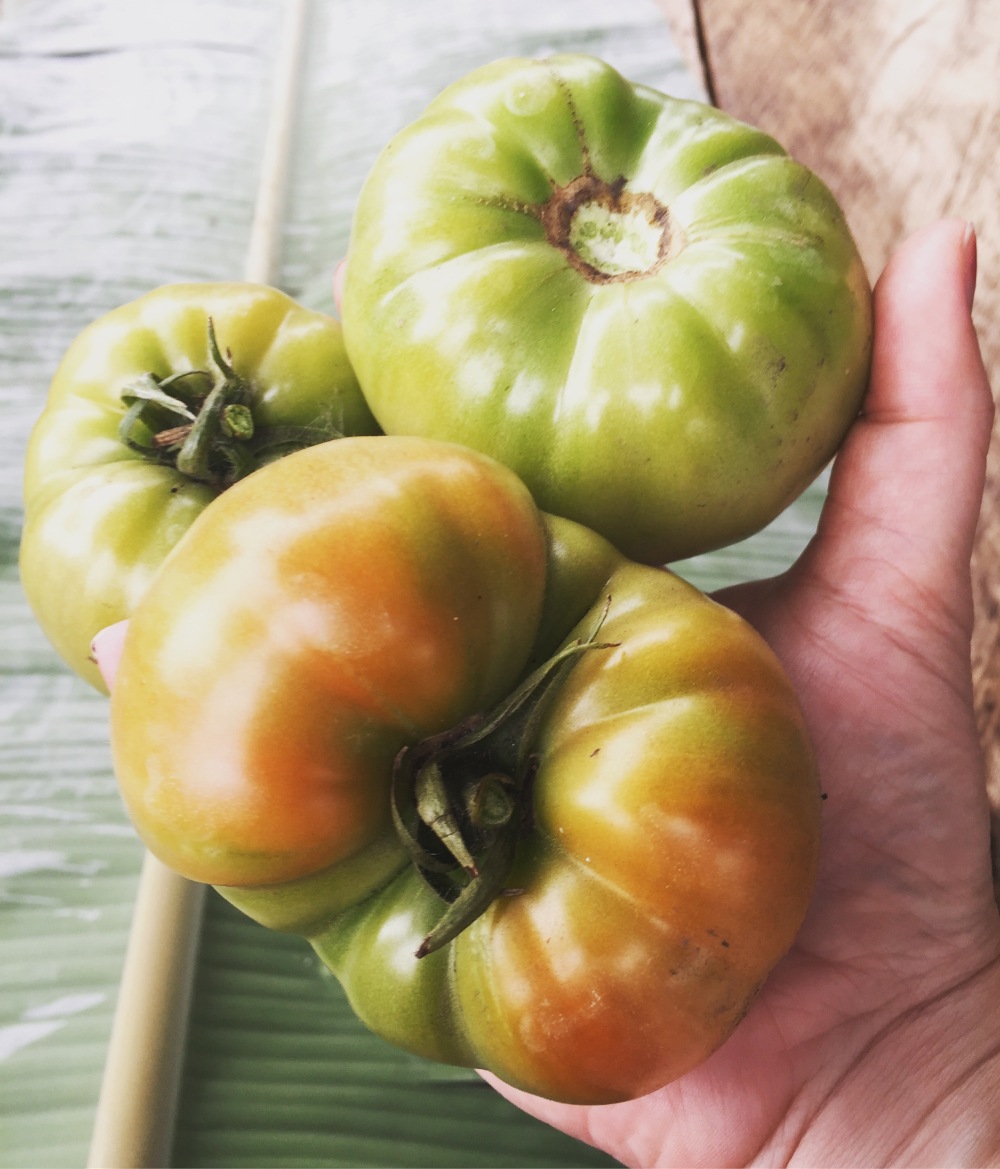 I took these home. They ripened/reddened real fast, after a couple days in the sun. Yum!